Leaky balconies and drainage: What you need to know to avoid a drainage problem on your balconies.

What is the ‘leaky homes crisis’?

The leaky homes crisis in New Zealand was estimated in 2009 to have incurred costs of approximately $11.3 billion and is still ongoing. This construction and legal crisis affected timber framed buildings built from 1994 – 2004 which suffered from issues with their weather-tightness and drainage.

Some blame for the crisis has been placed with building control as code compliance certificates were issued for buildings later found to have waterproofing issues.

What were the consequences of the leaky homes crisis?

A lawyer representing the case argued that the waterproof membrane on the concrete balconies had deteriorated and failed to properly bond ceasing to repel water.

Problems also arose due to an incompatibility between the waterproofing membrane and tile adhesive which meant the tiles became lose, lifted and some had cracks. Grouting also became dislodged as a result of moisture becoming trapped between the adhesive and membrane.

What are the challenges with concrete balcony drainage like those at Victopia?

Traditional concrete balconies with upstands can trap water and form a pond, causing issues like those at Victopia. According to NHBC regulations adequate drainage provisions must be considered at an early stage and integrated into the balcony design.

A further challenge with waterproofing concrete balconies is that the membrane used is often combustible. Combustible materials are prohibited on building exteriors over 18 meters under the combustible cladding ban making the building non-compliant.

In order to meet NHBC requirements concrete balconies must also be thick enough to allow for a 150mm splashback, adding substantial weight and thickness to the balcony slab. 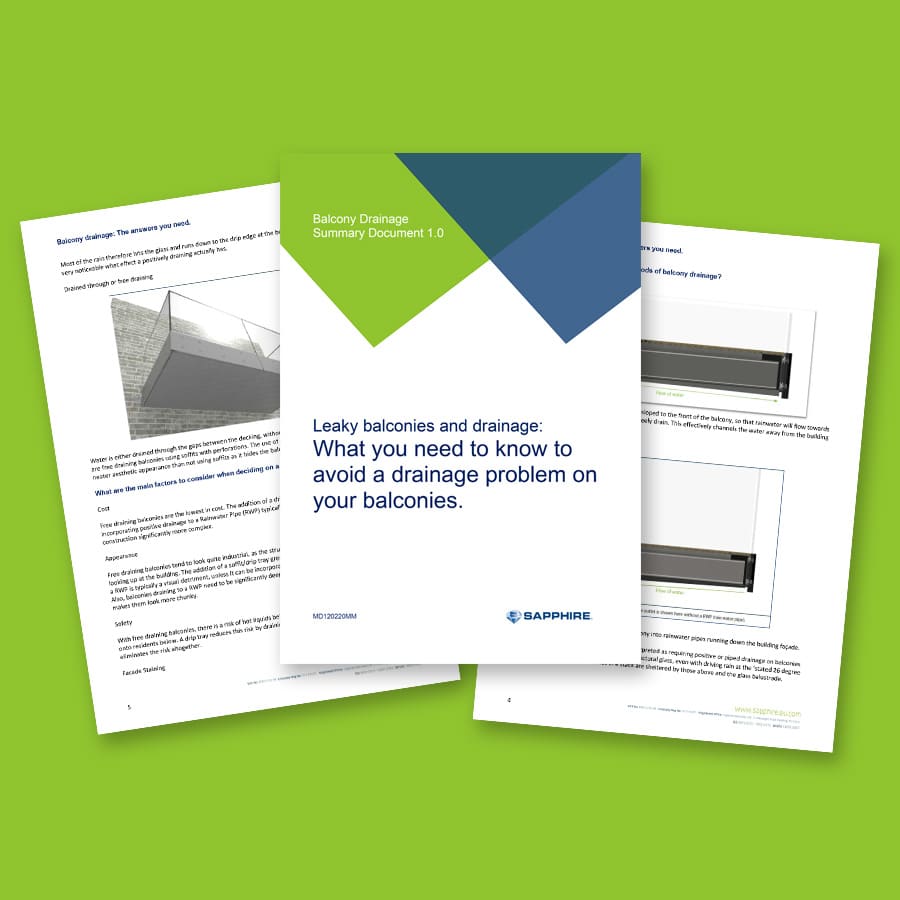 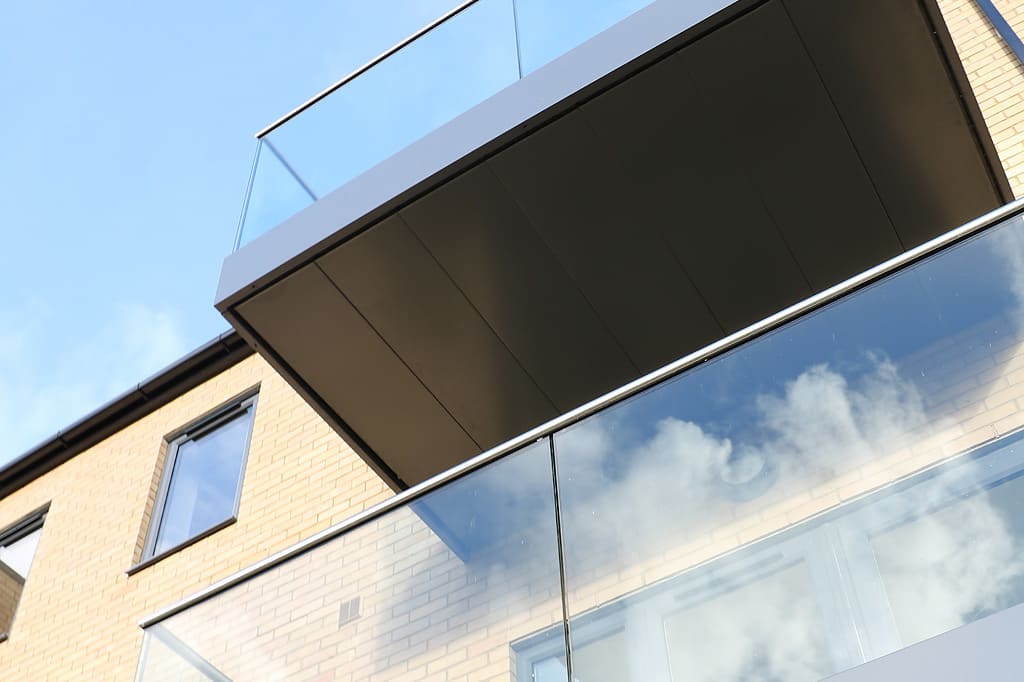 Find out more about soffits

Find out more about balcony structure

Soffits Turn the Game Around at Upton Gardens