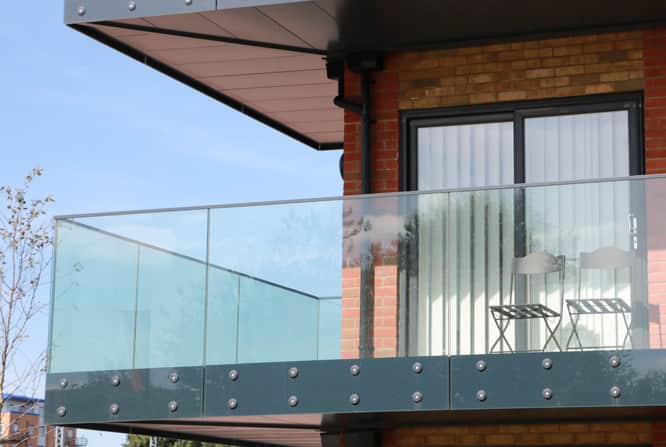 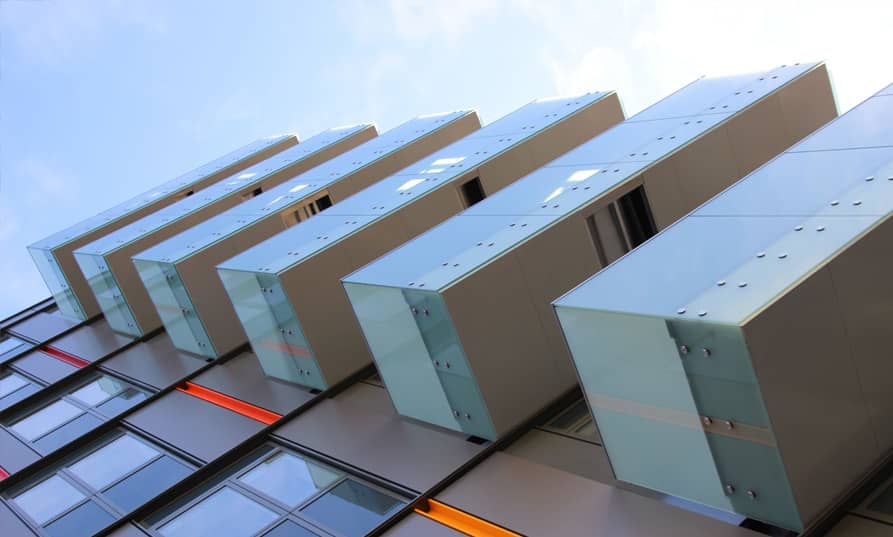 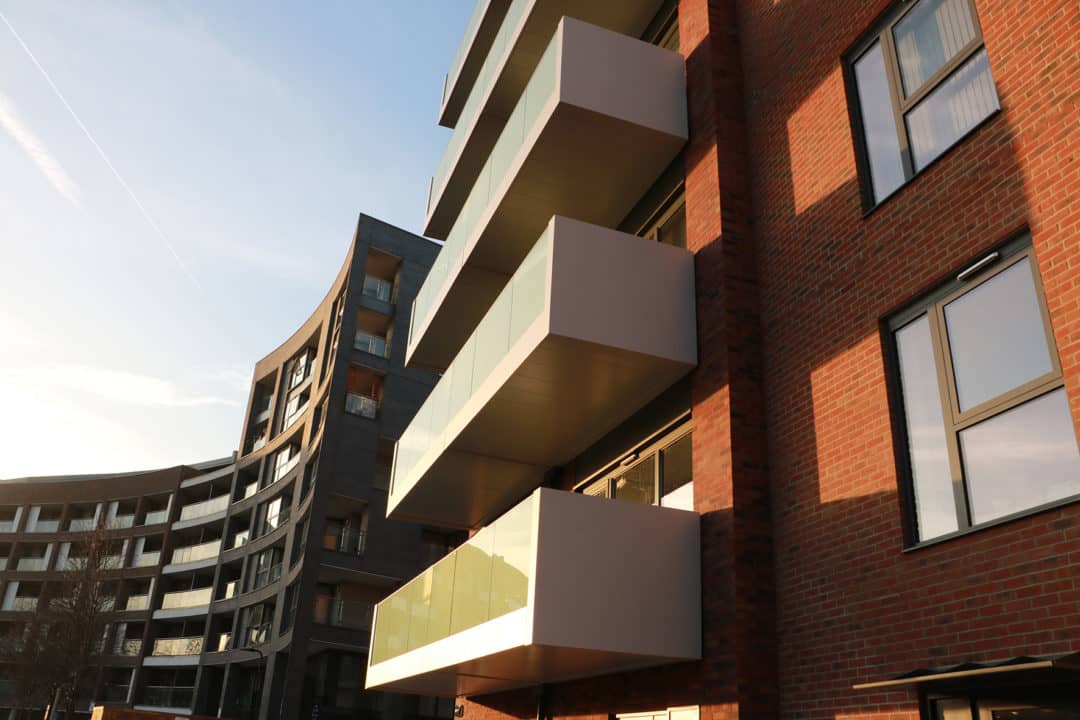 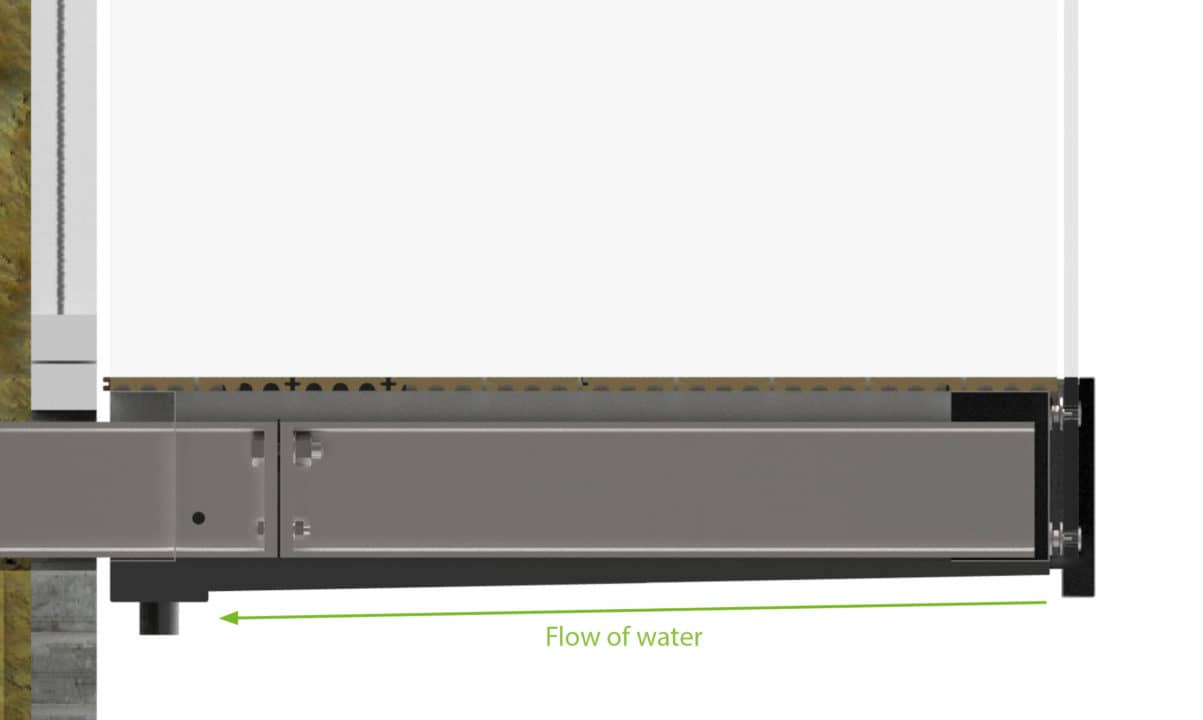 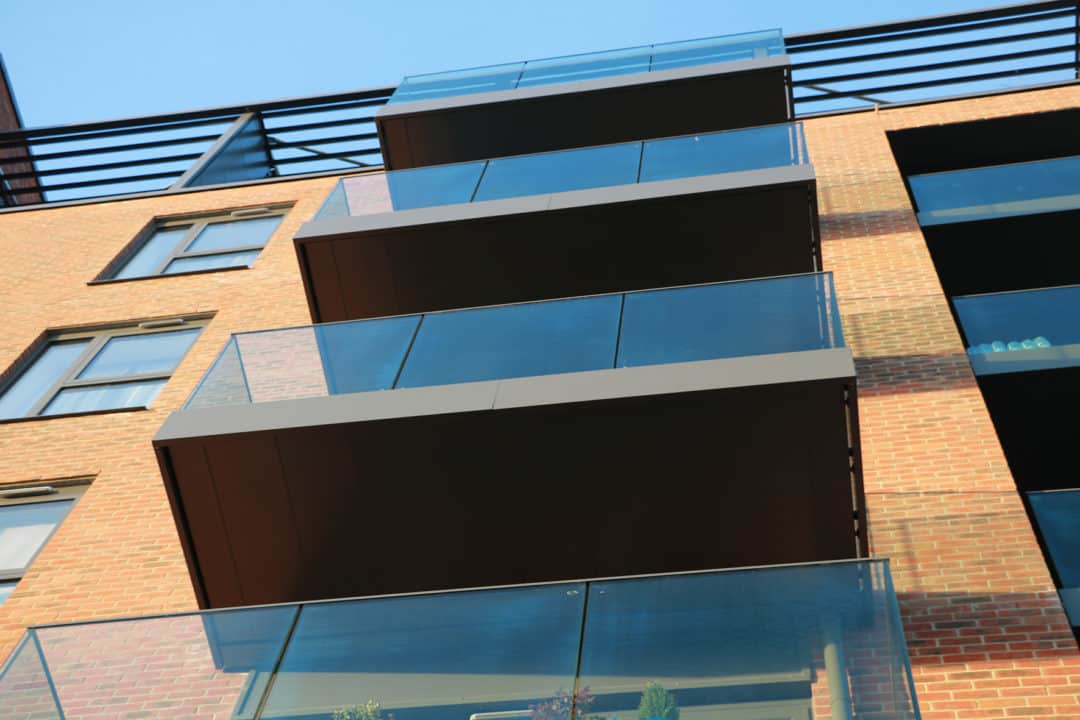 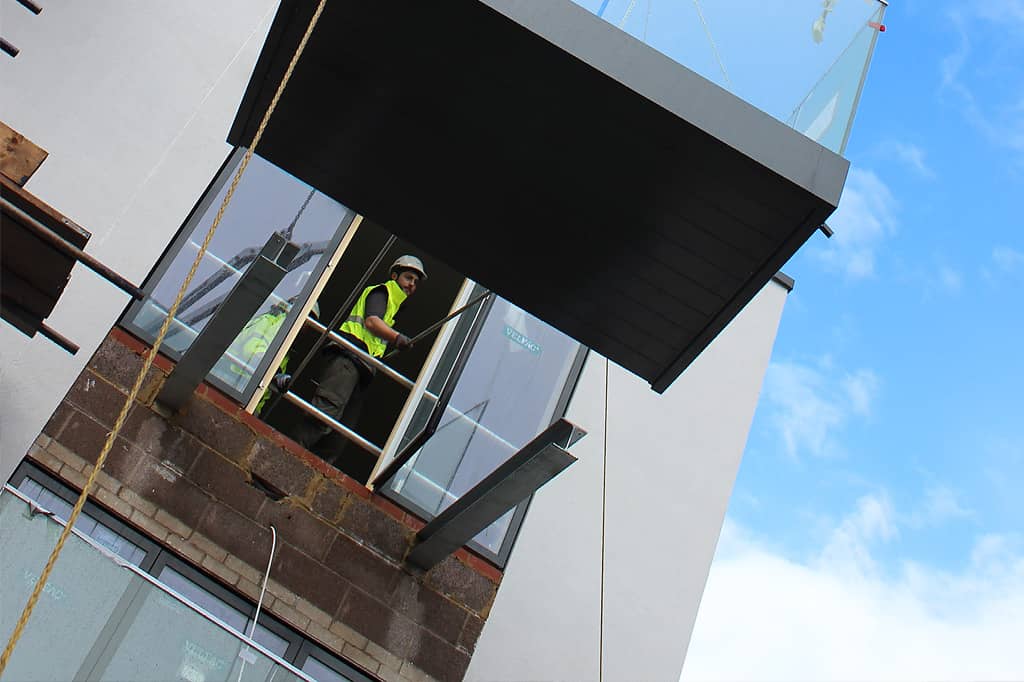 Positive or piped drainage is a common topic during the design of balconies. Primarily because there are standards and influential organisation in the residential sector (for example the NHBC) which give guidance regarding rainwater management, which is often interpreted as requiring positive drainage on balconies over 6sqm.

The NHBC “Pitched Roof ” guidance is generally considered as best practice. Section 7.2.22 states “drainage should be provided where roofs are greater than 6m², however consideration should be given to providing drainage to smaller roofs, such as dormer, porch roofs or balconies.”

When using frameless structural glass, even with driving rain at the ‘stated 26 degree angle’ the majority of the balconies in a stack are sheltered by those above and the glass balustrade.

To demonstrate this, we filmed the below video to give a clear comparison of two balconies on the same building, on the same day, in the same rain, and at the same time, offer very little difference.

With the majority of the rain hitting the glass and running down to the drip edge at the bottom (where there is a screen printed fascia), it is not very noticeable what effect a positively draining (or piped drained as it is starting to be known) actually makes.

Explore how to drain your balcony and best practice options, as well as the required regulations you need to comply...